Without explanation, ShapeShift, one of the sphere’s oldest exchanges, delisted Monero and Dash--the two most capitalized privacy coins, over the weekend. Although known for their resistance to regulators’ intrusion and efforts to water down privacy efforts, the exchange appears to be carving to pressure. This comes two years after forcing users to comply with KYC rules. 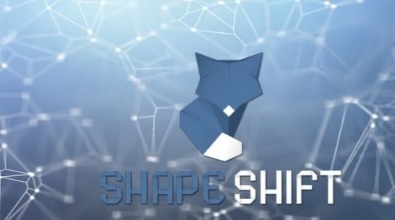 There are concerted efforts by regulators across the world to crack down on privacy coins like Monero and Dash. Preceding ShapeShift’s decision were developments in South Korea and mentions by European regulators on their rejection of privacy coins. Their statement read from the same page as all are in unison, and keen on stamping out the use of privacy coins asserting that they are agents of money laundering and execution of illegal activities.

Impact on XMR and DASH Prices:

Bearish. The more regulators prevent exchanges from handling privacy coins by insisting on compliance and removal of privacy-upholding technologies, the coin’s liquidity will dry off in regions where passed laws are enforceable. However, the coin’s liquidity could grow in supportive zones as they morph out as preferred tools for privately transacting without prying eyes from third-parties.

More market updates on our Blog

SIGN UP NOW
Risk Disclosure: Trading cryptocurrencies or any other financial instrument involves a significant level of risk and may result in a total loss of your investment. You should consider carefully whether investing in Bitcoin or any other instrument offered by CryptoAltum is appropriate to your financial situation. CryptoAltum only accepts deposits in Cryptocurrencies. By trading with CryptoAltum you acknowledge your understanding of this risk disclosure and your agreement with the Terms and Conditions.

This website is not directed at any jurisdiction and is not intended for any use that would be contrary to local law or regulation.

CryptoAltum does not accept any clients under the age of 18.